The Stellar News is a multi-platform publisher of news and information, which includes www.thestellarnews.com (PUNMUL/2015/64739), fortnightly print and a web channel of authoritative and fact based news. Together, the print and online channels vis-à-vis website and web channel have earned a reputation as the leading provider of authoritative and fact based news that has improved the quality of life of its readers by focusing on their problems in terms of brining their grievances to the governing bodies and being the connect between the government and the public.

The editorial and production operations of The Stellar News are located in Hoshiapur, India with supporting offices in 12 cities across the world. The company is privately owned by Mr. Sandeep Sharma. Corporate leadership includes Mr. Balram Prashar as it’s Director and management team includes Mr. Manpreet Singh Rehsi, Capt. Munish Kishore as the Editors and Managers of the company.

In addition to offering analysis and opinion, The Stellar News tries in each issue to cover the main events—business and political—of the fortnight and on daily basis in the online version. Many hands write The Stellar News, but it speaks with a collective voice. The main reason for anonymity of many writers, is a belief that what is written is more important than who writes it.

The Stellar News considers itself the enemy of privilege, pomposity and predictability. We at The Stellar News believe in plain language. We try to be a conversationalist by putting the news directly and in picturesque manner, as people would talk to each other in common speech.

Established in 2015 to bring the governance to the masses, we remain true to the principles of its founder. Mr. Sandeep Sharma, a journalist from a small Punjabi town of Hoshiarpur believes in free voice of press while keeping the integrity and honestly alive in his writings.

From the earliest days, The Stellar News had looked holistically, both for subjects to write about and for circulation. Even in it’s first year, it had readers in Punjab and Himachal Pradesh. For most of the first year The Stellar News was content with a small circulation of 2500 prints every fortnight which has steadily climbed to 10,000 by the end of the second year.

Our English Editor Capt. Munish Kishore describes The Stellar News as a group where the readers, with higher than average incomes, better than average minds but with less than average time, can test their opinions against ours. We try to inform the world about the world, to persuade the expert and reach the amateur, with an injection of opinion and argument.

We at Stellar News believe even statistics, so far from being dull, could “afford the deepest and often the most exciting interest if portrayed in the right voice and perspective.

The corporate logo of The Stellar News has evolved from the initial Black and White to the new design by Mr. Satbir Singh which incorporates our believe that the pen should be fearless like the fire which destroys the lies which spread around.

Get Latest News in Your email: 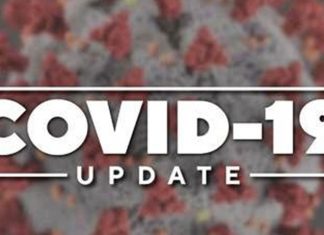 ABOUT US
The Stellar News is a multi-platform publisher of news and information, which includes www.thestellarnews.com (PUNMUL/2015/64739), fortnightly print and a web channel of authoritative and fact based news.
Contact us: [email protected]
FOLLOW US
Copyright 2020 - The Stellar News - Website Developed by :- iTBrains, Hoshiarpur
error: Content is copyright protected !!