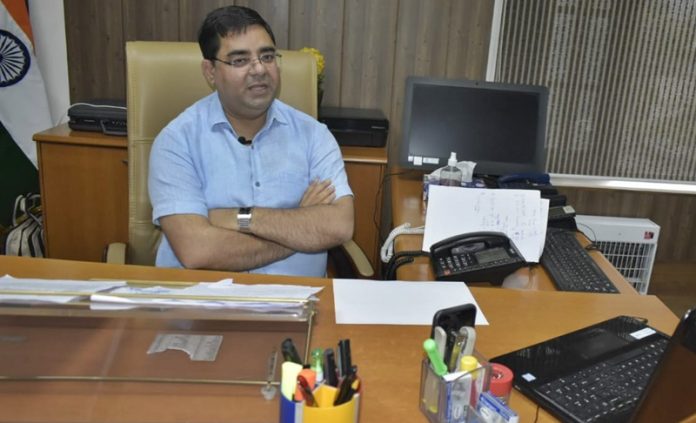 J&K/Rajouri (The Stellar News): Deputy Commissioner, Rajouri today addressed the youth of Rajouri through Facebook Live on the Facebook Page of Nehru Yuva Kendra, Rajouri – J&K. More than 15000 watched the Facebook Live event. Deputy Commissioner, Rajouri addressing the Youth said that the government is very concerned about the empowerment of Youth and as such, various schemes have been launched from time to time for their empowerment. He talked about various schemes such as Khelo India, Fit India Movement and other Employment schemes. He said that the success of any scheme is impossible without the active participation of Youth.

He further said that Yuva Sammelan was planned to be held in the district. But due to the present Pandemic situation, it is not possible to hold such events physically. Talking about the sports infrastructure in the district, he said that playgrounds would be developed in each Panchayat and the Youth Club of that Panchayat would be made its custodian. He also talked about various Loans provided for entrepreneurs and start-ups at less interest. He enlightened the youth Various initiatives taken by the District Administration in the last few months such as making Rajouri White City, Polythene free Rajouri and called upon the youth to help in the successful implementation of the initiatives. He also said that Self Help Groups can contribute to Polythene Free Rajouri by making eco-friendly cloth bags.

He urged the youth of the District to maximise the benefits of all the Centrally Sponsored Schemes to all the people. He talked about his vision of creating Youth Ambassadors in the district who would further involve 1 Lakh youth in the developmental works. He further urged the youth to motivate the people to follow Covid-19 Guidelines and help the District Administration in the containment of the deadly virus. The Deputy Commissioner also acknowledged the efforts of various departments such as Nehru Yuva Kendra, Rajouri, District Employment and Counselling Centre, National Informatics Centre (NIC) for making the event possible and stated that such Event cum Interaction would be held every month.
…