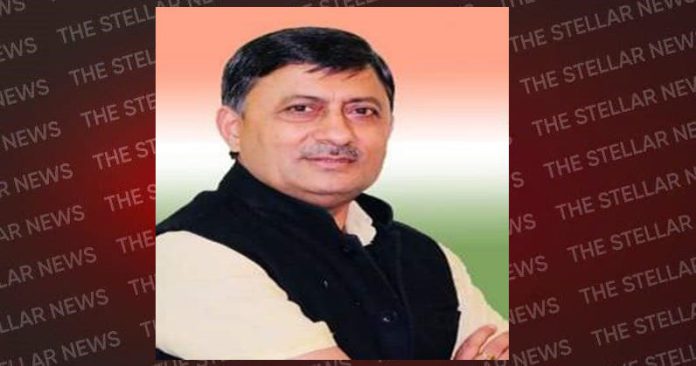 J&K/Rajouri(The Stellar News), Anil Bhardwaj: A deputation of Bakerwal Mobile welfare association called on BJP J&K general secretary, Vibodh Gupta on Wednesday and brought to his notice their grievances, demands and developmental issues. The deputation led by Adv Junaid Bakerwal Rafiq Ahamand Bajar Mohd yaqoob BakerwL and Touyab Bakerwal pushed the concern that due to numerous reasons the schemes and programmes envisaged by the BJP government to benefit the tribal and nomadic communities are not reaching Bakarwals.

Vibodh Gupta while listening to their grievances assured the deputation that issues flagged by them will be highlighted by him with the concerned authorities and their issues will be resolved at the earliest. He said that the BJP government under the charismatic leadership of Hon’ble PM Shri Narendra Modi is taking necessary measures to ensure that basic amenities are provided to the Bakerwal tribe of Jammu and Kashmir. He appreciated the contribution of the Bakerwals to the economy of the Union territory and asserted that their progress will strengthen J&K. Vibodh told that on Hon’ble LG Manoj Sinha’s directions, the administration has initiated special projects to emphasise the education of tribal students, including the setting up of 20 new hostels, model residential schools and a special scholarship scheme for students.

Further enumerating the welfare measures taken for the nomadic tribes of Bakerwal after the abrogation of Article 370, he said the salaries of “Seasonal” teachers have been increased. These teachers are employed for six months, especially for tribal children. He further told that nine assembly segments have been reserved for the tribals, aimed at their political empowerment. The government is also stressing increasing the number of mobile schools for tribal children to empower them educationally, he added. President MC Rajouri was also present on the occasion. He expressed his concern towards the demands highlighted by the representatives of Bakarwal tribe and assured that Municipal Council Rajouri will take all necessary and required steps for providing them with basic amenities. He said that Bakarwal people live a very tough life and it is the foremost duty of the administration to ensure that the benefits of central sponsored schemes reach them.