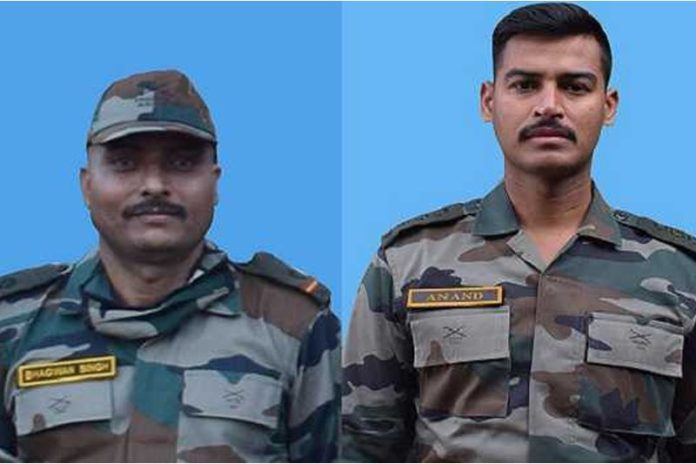 Jammu and Kashmir (The Stellar News) Deepanjot Kaur (Under Training): An accidental grenade blast happened near Line of Control (LOC) in Poonch district of Jammu and Kashmir and 2 soldiers lost their lives including one Army Captain.
‘The blast occurred on Sunday night, July 17, 2022 when the army troops where performing their duties along the line of LOC in Mendhar sector of Poonch’, said Jammu-based Defence Spokesman Lt. Col. Devendar Anand.
Many soldiers got injured in the blast and were airlifted to Command Hospital in Udhampur. Captain Anand and Naib Sub Bhagwan Singh lost their lives due to severe injuries during the treatment. Captain Anand belonged to Champa Nagar, District Bhagalpur, Bihar and Naib Sub Bhagwan Singh was a resident of Pokhar Bhitta village, District Ambedkar Nagar, Uttar Pradesh.
The GOC White Knight Corps and all ranks salute the brave hearts for their great sacrifice in line of duty and the nation shall forever remain indebted to the brave hearts, spokesperson added.

Bullets fired after a scuffle between soldiers, 2 died, 2 wounded

An urgent meeting of EJAC was held today, various issues of...