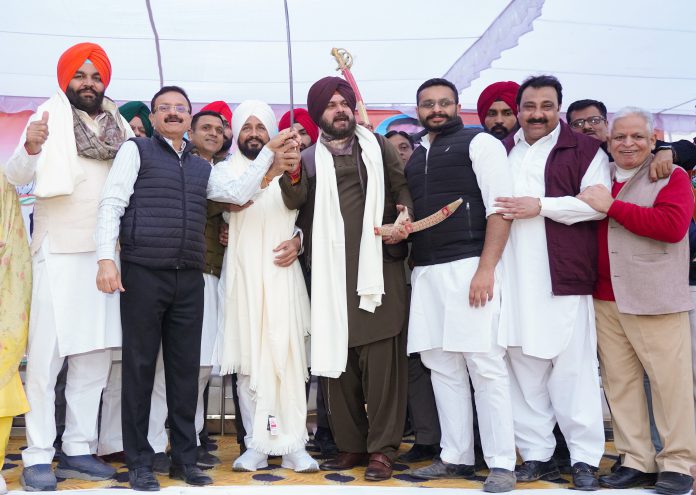 Amritsar (The Stellar News): Coming down heavily on the AAP Supremo and Delhi Chief Minister Arvind Kejriwal, Punjab Chief Minister Charanjit Singh Channi on Monday said that the Punjabis would certainly give a befitting reply to his arrogance for challenging their dignity and honour by making recent derogatory and malicious remarks against our daughters and sisters.

Vowing not to take lying down the remarks made with the most malafide intent by AAP Chief, the Chief Minister said that the Delhi Chief Minister has crossed all the limits of decency thus touching the lowest ebb in the politics for which the State’s people would never forgive Kejriwal for his obnoxious behaviour adding such atrocious utterances does not behove of a leader like Kejriwal, who claimed himself to be a messiah of common man.

On the occasion, the Chief Minister announced that this complex would be named after fourth Sikh Guru Sri Guru Ramdas Ji and the internal cricket stadium after Advocate Bhagwant Singh Sidhu (father of President PPCC Navjot Singh Sidhu). A sum of Rs. 15 crore has sanctioned for this stadium and more would be provided till its completion, added CM Channi.