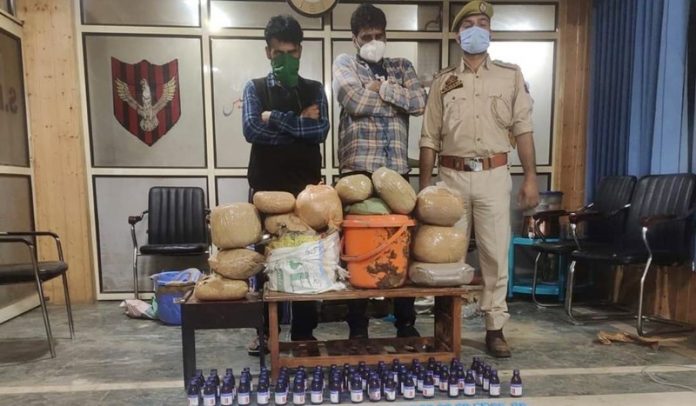 J&K/Anantnag: After busting an under ground hideout about a fortnight before in village Tulkhan Bijbehara, Anantnag police again recovered huge consignment of drugs from an underground hideout in the village.

Based on specific information Police established a Naka at Tulkhan crossing and apprehended one Farooq Ahmad Baht resident of Marhama and recovered 10 bottles of codeine from his possession. Upon this FIR No 92/2021 under sections 8/20,21 NDPS Act was lodged in Police Station Bijbehara. On further questioning the accused revealed the name of one dealer Mohd Ashraf Khan of Tulkhan village, from whom he has been procuring the drugs. Subsequently a police party from Bijbehara along-with executive magistrate rushed to the spot. While searching the house of accused and the courtyard following recoveries were made,

Lt Governor announces a slew of measures for Families, who lost their loved ones to Covid-19 pandemic