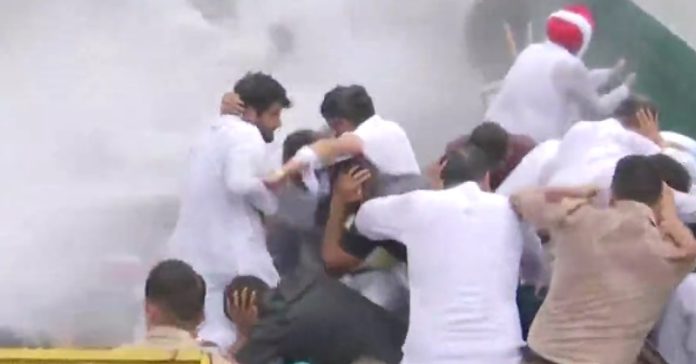 Water cannon being used by police personnel to disperse the Congress leaders & workers. In visuals coming from the protest site, Amarinder Singh Raja Warring can be seen facing high pressure of Water Cannons along with party workers.