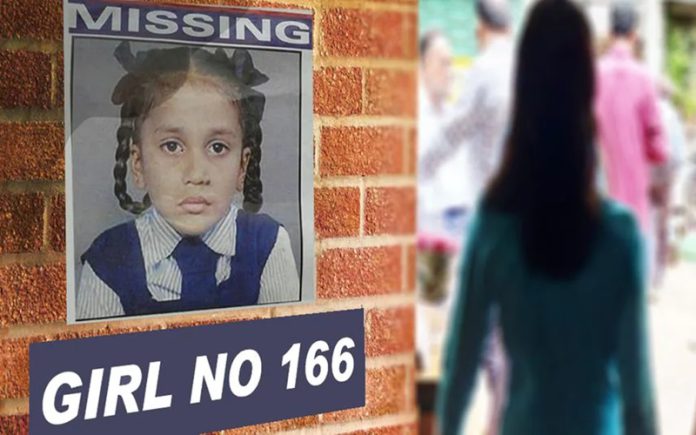 Maharashtra (The Stellar News): Between 2008 and 2015, when he resigned, Assistant Sub-Inspector Rajendra Dhondu Bhosle of the DN Nagar Police Station in Mumbai handled the cases of 166 girls who went missing. 165 of them were found by him and his colleagues. She remained Girl No. 166, and Bhosle continued looking for her both during his time as a police officer and seven years after he retired.

The girl, who was only seven years old when she vanished on January 22, 2013, was reunited with her family at 8:20 p.m. on Thursday. In Andheri, the 16-year-old was discovered residing 500 metres from her house (West). Harry Joseph D’Souza (age 50) has been detained, but his wife Soni (age 37) is charged. According to reports, the pair kidnapped her because they wanted a child so much.

During this time, a lot has changed. While her father was deceased, the girl had been hired to work as a babysitter at a society in Andheri (West). When they first met, she recognised her mother and uncle right away. And both sides started crying as a police crew stood back and watched while holding their breath.

On that particular day in 2013, the girl and her older brother were on their way to the municipal school they attended when they got into an argument about pocket money. According to the police, D’Souza claimed he saw the girl roaming close to the school and believed she was the family’s best chance of having a child.

The girl’s relatives filed a complaint with the DN Nagar Police Station when she failed to return home after school. The case was taken on by Bhosle.

Police claim D’Souza admitted to them that he didn’t understand the implications of what he had done until after they intervened, the media took up the story, and villagers launched a search for her. Because he was afraid of what might happen to him, he sent the daughter away to a dormitory in their home town of Raichur, Karnataka.

D’Souza and Soni welcomed a child in 2016. Apparently unable to afford the costs of parenting two children, they now brought the girl back from Karnataka and hired her as a babysitter. According to Milind Kurde, senior inspector at D N Nagar Station, the family also relocated, oddly to the same Gilbert Hill neighbourhood of Andheri (West), practically next door to where the girl had previously lived. Kurde says the couple believed no one would recognise the girl now as she was grown-up. “Her missing posters were also gone. Further, the accused ensured the girl didn’t talk to anyone in the area,” the officer says.

According to the girl’s uncle, “D’Souza’s wife would beat her up, while he would get drunk and tell her he had picked her up from somewhere in 2013. She comprehended that the couple were not her parents, but she feared them so much, she didn’t know how to escape.”

ASI Bhosle, meanwhile, kept looking. On March 8, 2015, in a report, “Girl No.166”, The Sunday Express detailed how the case had become a personal mission of sorts for him.

“Even last week he came to meet us, we all started crying. We gave up hope, but he kept telling us he will find her,” the girl’s uncle told.

t was the domestic help in the house where the girl was employed as a babysitter for the past seven months who came to her help. An official said that on hearing her story, the woman Googled the girl’s name, putting in 2013 like D’Souza had mentioned and ‘missing’. “She found the campaigns and write-ups that had come out after she went missing, ” her uncle said.

According to the uncle, on seeing the photographs, the girl remembered everything, including that she lived in the same neighbourhood. The two of them also found a missing poster online with five contact numbers on it. “While four of the numbers didn’t work, the fifth number, of Rafique, the family’s neighbour, did,” her uncle said.

When Rafique first got the call, he was reportedly sceptical as there had been many such calls over the years to his number. He asked for a photograph as confirmation.

On Thursday morning, the two of them made a video call to Rafique, who took a screenshot and showed the same to the girl’s mother and uncle. “We immediately burst out crying as we identified her,” the uncle said.

The family took details of the Juhu society where she worked from her and informed the D N Nagar Police Station.

As the family headed there with the police team, the girl came down on the pretext of taking the toddler she looked after for a walk. At 8.20 pm, the night setting in, the girl and her mother met, for the first time in nine years.

Speaking to The Indian Express, ASI Bhosle said, “When I first got the call, I could not believe it. I called up the Senior Inspector to confirm. I then called up V D Bhoite, who was the Senior Inspector of DN Nagar Police Station when I was searching for her. He told me you tried your best and had covered 99% of all possibilities. The remaining 1% is God’s blessing.”

On his search, Bhosle said: “You may retire as a cop, but insaniyat (humanity) is not something that ends with retirement. It is there till you are alive. You have to understand the pain of losing a daughter. If one cannot see that, one cannot be human.”

Police have registered a case of kidnapping, concealing kidnapping, human trafficking, wrongful confinement, unlawful compulsory labour among other sections against D’Souza and his wife. Kurde said D’Souza had been remanded to police custody, but they had not arrested Soni so far as there was no one else to take care of their six-year-old daughter.

Police are getting the medical test done of the 16-year-old. She will be produced before a Child Welfare Committee, before being handed over to her family. Police have also sent teams to Karnataka to verify the sequence of events.