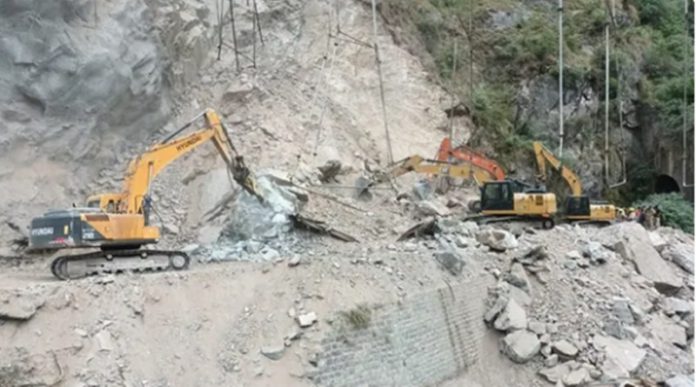 Jammu and Kashmir (The Stellar News): In a recent report, Nine bodies has been recovered so far from the debris of an under construction tunnel that collapsed in Jammu and Kashmir’s Ramban on Thursday. At least 10 labourers were trapped after a section of a tunnel on the Jammu-Srinagar national highway caved-in, triggering large-scale rescue ops by terms of police, the Army and state and national disaster response forces.

“So far nine bodies have been recovered from the spot… maybe one is left. Out of these nine deceased, five were from Bengal, one from Assam, two from Nepal, and two were local. FIR has been registered for negligence,” Ramban district police superintendent Mohita Sharma told news agency ANI.